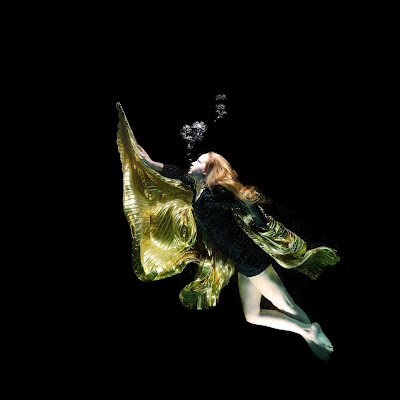 Author Alice Hoffman is wonderful at balancing the supernatural with the ordinary. She wrote Practical Magic, which was later turned into a movie starring Nicole Kidman and Sandra Bullock, in which two witch sisters struggle to balance that fine line between wanting to be normal and embracing their unique gifts.

Hoffman's work has a fairy-tale, dreamlike quality. She writes in a genre called magical realism. In The Ice Queen, there is a character who lives in an apartment building with a lime tree out back. The lime tree is brought up repeatedly, almost like a motif in a fairy story or a myth. There is also a motif of flying or wings. Her characters are usually doomed to some horrible fate, but the writing style captivates us. Also, her characters are lovingly crafted.

In Skylight Confessions, Hoffman leads us on a journey through three generations of one family. In one moment, two characters make a decision that changes the course of their lives and the lives of their offspring. What Hoffman seems to be asking us is if that course leads to misery, does that mean it was a mistake? If you could take it back, would you or would you still make the same decision?

Arlyn's father has just passed away. Arlyn is a red-headed, freckle-faced gal with the innocence of a child and a soul as old as the sea. After the funeral and wake, Arlyn promises herself she will belong to the next man that walks through her door. In walks practical John Moody, lost on the way to a party. He took a wrong turn. This wrong turn intertwines him to Arlyn in a way that makes no sense but can't be controlled. He wants to, needs to be in her arms. He later comes to his senses, but it's too late.

The rest of the book is about the life Arlyn and John make with each other and with their children. The story is heartbreaking. It seems impossible that this couple chose each other. John doesn't take much interest in her or their son. Arlie reacts to his disinterest stoically, taking another lover and focusing on the son she loves so desperately. John recognizes his failure as a husband and father, but he can't seem to change his behavior. Instead, he looks straight ahead, promising himself he will never take another detour.

When a tragic death occurs in the family, a ghost haunts the ones who are left behind. A great deal of the book deals with Sam, their son, an unhappy boy that seems drawn to destruction and can't help but spiral down when he is longing to fly up. When he is little, Arlyn tells him of the stories she learned from her seaman father of a winged people that lived near the sea. These stories plant themselves in Sam's mind and manifest themselves in dangerous ways, such as when he stands on the roof of his house, feeling the desire to jump and take flight.

Hoffman takes each character and crafts a unique voice for them. The story has enough magic to make it seem otherworldly but is grounded enough for us to relate to the characters. This is a character-driven novel that will appeal to those that enjoy thinking about the decisions we make and how those impact the rest of our lives, even when a decision seems small. This novel would only be for the oldest and most mature teens and adults. It contains mild sexuality, drug use, and some language.
book review magical realism

alexgirl said…
Sounds good. I really like Alice Hoffman, esp. Practical Magic (both book and movie). Thanks for the review.
And I love your story of creating rehearsal schedules with your sisters when you were little! That is so funny, and EXACTLY something I would to (uh, probably DID do.) I was known for being un poco bossy from time to time. Anyway, good story!!
May 14, 2007 at 12:48 PM