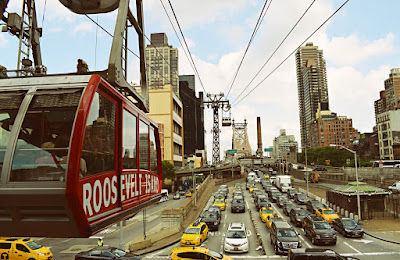 The 1973 movie Soylent Green is often mocked for its campy look, for its overzealous actors (Charlton Heston), and its script. However, it is still a must-see for the American movie buff.

Soylent Green is set in Manhattan, New York, in 2022. The city is overcrowded. People are literally lying in the stairs, waiting for someone to die so they can have an apartment. At the beginning of the movie, we see a rather straggly young man make his way down the stairs past all the bodies. We then see this man having a private meeting with another man inside a car! This is how crowded it is. You have to meet inside a car (with open windows even) to have some privacy. The man is given a meat hook.

Next, we see one very rich man's apartment. He is obviously loaded because he has a humongous condo all to himself. No one is lying on the stairs. Rich man's mistress, named Shirl, is playing what appears to be an ancient video game. Shirl is furniture; she comes with the apartment.

Next thing we know, meat-hook man is going inside the rich man's apartment. He tells him that they say that they're sorry but this has to be done. The rich man agrees and turns his back. Meat hook man then proceeds to debilitate him.

This is all exposition and setting. Soylent Green drops you in the middle of this story without any kind of explanation. Viewers learn about the world through pure experience rather than narration. The fact that a piece of meat is treated like it's a priceless treasure tells you how low the world's standards have sunk. This society has never tasted a grapefruit, is not able to take showers, and is amazed at the size of a bar of soap.

In addition, everyone eats soylent green as a lifeblood. Soylent green resembles one-ounce baking chocolate squares, colored like a wilted piece of lettuce. Yet everyone is fighting over it in the marketplaces.

Our hero is Robert Thorn (Charlton Heston). He plays a police investigator assigned to the rich man's murder. It looks like a simple robbery, but Thorn suspects there is more to the story than meets the eye. He and Shirl start a cozy little relationship.

But Thorn is a man with a mission. He spends a lot of time tracking down clues for this case, and like in any police procedural, there are multiple forces trying to stop him. Of course, in this day and age, the secret of soylent green isn't much of a secret anymore. But, I think this movie is worth a viewing by the younger generations.

The story is laid out with little or no telling. And Heston throws himself into the character of Thorn, as usual. There is also the added benefit of there being a librarian in this movie. Heston lives with a man named Sol who is his personal library. In fact, he is called a "book" in this world. He is a living book as most books have disappeared somehow. I guess you don't need books when you have the joy of soylent green in your life.

Despite the fact that this movie was made in 1973, it is still entertaining. I am sure it was even more shocking for its contemporaries. It asks the same questions that dystopian films do today (Think Children of Men or Blade Runner): What if people stopped valuing knowledge? What if the government is hiding something from us? What if women were viewed simply as furniture? What if we ran out of things we take for granted? And finally, what if we had nothing to eat but little squares of green glop? Ew!
classic movie movie review science fiction

John Klima said…
Wow, your enthusiasm on this makes me feel old (36 next week) having seen this movie on Saturday television in the 70s.

Don't forget, this was based on the Harry Harrison novel "Make Room, Make Room!" which is a fun time on its own.

Lindsey said…
Hey John,
I didn't know about the book. And guess what? We don't own it in my library system? Wah! Don't worry, you're not old. I just lead a sheltered life. I just watched the movie Goodfellas a few months ago!
March 22, 2007 at 6:11 PM

John Klima said…
The book was published in the 50s, I think. If my stuff wasn't in storage (just moved, looking for a house, long story) I'd send you my copy. :)

You should also check out Chuck Heston's OMEGA MAN, the remake of Richard Matheson's I AM LEGEND (currently filming a new version with Will Smith in the title role).

Lindsey said…
Hey Editor,
Well I haven't seen any of those movies but I have heard of them because we showed The Last Man starring Vincent Price at my library to the teens. This is an oldie but a goody, and it is in public domain. The teens loved it! I blogged about that movie back in January. We own a graphic novel version of I am Legend. It will be great to see the Will Smith movie version. I will put Omegan Man on my Netflix queue.
March 23, 2007 at 1:34 PM

Chad Oneil Myers said…
I have the DVD of Soylent Green on in the background right now. I'm listening to the audio commentary.

I just rented this the other day from Blockbuster because I love classic films, films that have stood the test of time.

Anyway, cool post. I found your blog by searching blogs for "Soylent Green".

Val said…
The title of your blog caught my eye in someone's blog feed - wish I could remember where?
But I tend to surf fast n' furious in my limited time...
Anyway, neat blog! which I must now compulsively skim through - also an inveterate CH fan ("Omega Man" is one of my fave movies of all times). I sat my son down & forced him to watch "Soylent Green" but even he admitted it was pretty damn good!
December 16, 2015 at 12:09 PM