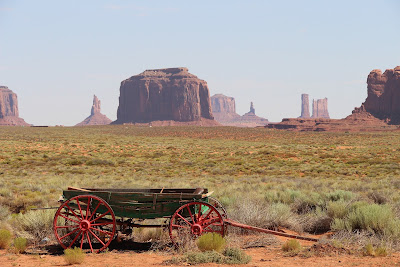 For those of you that haven't seen this movie, here is a summary. Clint Eastwood plays William Munny, a man who in his younger days killed all sorts of people, committed a multitude of crimes, was perpetually drunk, and mistreated animals. It turns out that sometime later, he meets a woman who is virtuous and kind. Against her family's wishes, she gets married to the nefarious Mr. Munny. We never learn why she did or even meet her. When the movie starts she is dead.

Two years later, Munny is a pig farmer raising two kids by himself.

He isn't very good at the pig stuff, but he does try to raise his kids to always remember their mother. He frequently tells them what he used to be like and always credits her for the changes in his life. A young gent approaches him while he is separating sick pigs and he offers him 50% of a reward if Munny will strap back on his gun and help him kill two cowboys that cut up a prostitute. Munny balks at first, but ends up going anyway. Did he feel bad for the woman? Was he using an excuse to kill someone again? He leaves his kids alone at home while he goes off goes off to take the job, collecting his ex-partner (Morgan Freeman) on the way.

There is a lot more film critics could look at here. Yes, the three men don't make very good killers. Yes, Gene Hackman is a cruel sheriff. Yes, the writer who shows up is humorous. But what really bugged me the most is that basically the whole world was convinced Munny was the same man. All along, he keeps telling everyone he is not the same man anymore. He says he doesn't want to drink anymore or kill anymore. But even his friends keep offering him whiskey. The young man who approached Munny to take the job says, "I'm not like you," after he commits his first murder. Munny has been telling them all along that he doesn't really want to do this. But it's like the whole world is set on telling Munny he is a bad guy. And at the end, he caves in. He kills a whole room full of men; he drinks lots of whiskey. Are we supposed to be happy about this? Everyone seems to be dying for Munny to pick up his old style and just slaughter people.

Some would argue that it's Munny's choice at the end to turn back to his old self, but maybe if he had just one encouraging word from a brother, he would be affirmed that his heart is good and not evil as everyone believes. Well, all I can say is, I hope everyone out there has friends that believe in them. Maybe if Munny had them, he wouldn't feel unforgiven. It was especially heartbreaking when people kept listing his crimes. I am sure he was glad to get back to his pigs.
afi top 100 movie review Westerns